Meet Nelson, Coupland, and Alice — the faces of tomorrow’s book. Watch global design and innovation consultancy IDEO’s vision for the future of the book. What new experiences might be created by linking diverse discussions, what additional value could be created by connected readers to one another, and what innovative ways we might use to tell our favorite stories and build community around books?

First, the canadian company has publicly surrended to Android-based tablets.

The message is pretty easy to translate: We have a cool tablet with a cool new OS, but we have no apps for you to play with, not even Facebook. So rather than wait for people to embrace this new platform, well … we provide an Android emulator.

Second, this will not be part of the default ecosystem but will need to be downloaded by the user.

The new optional app players will be available for download from BlackBerry App World and will be placed in a secure “sandbox” on the BlackBerry PlayBook where the BlackBerry Java or Android apps can be run.

Third, if the two firsts weren’t enough, devs will have to repack, recompile and redistribute (which means pay a new store fee) just to provide an app that will run in an emulator.

Yes devs, you’re in luck: you’ll soon be able to spend hours to modify your app to match RIM store approval. Then pay AppWorld fees (the highest) so people can get a crunchy slow emulated experience of your app. How cool is that!? Of course, keep in mind that once NDK is out providing enough native apps, they would definitely close this service arguing that nobody is using it, and you+your users will be left in the cold.

Not to say that Blackberry users that haven’t already switch to an iOS or Android device made it on purpose: they like its UI, style, efficiency, … and they don’t want fancy eye-candy stuffs. So what’s the point to provide them something they don’t want? 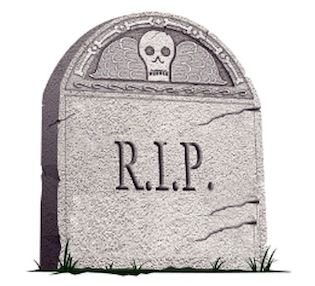 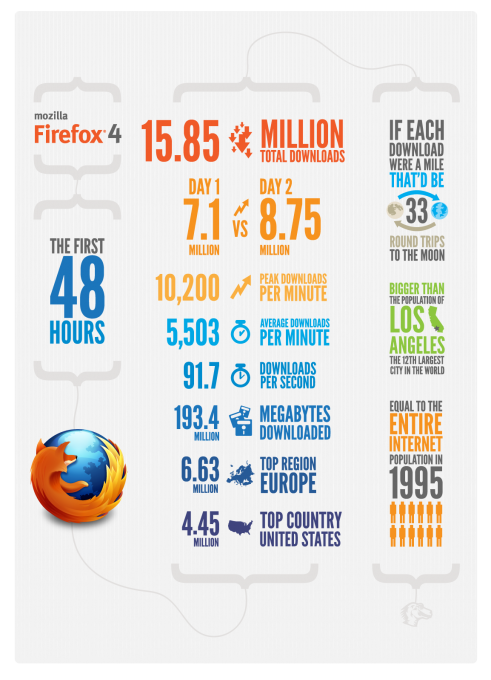 This is one of the most creative use of a QRCode integration in a resume i’ve ever seen!

To me (a european guy), Starbucks is THE brand when it comes to mobile. It was on the first (with McDonald’s) to embrace the mobile advertising space, integrate Foursquare to offer discount coupons, massively use QRCode, …

Once again, they come here with the biggest extended banner i ever seen, this time on iPad-optimized websites of MTV & VH1. 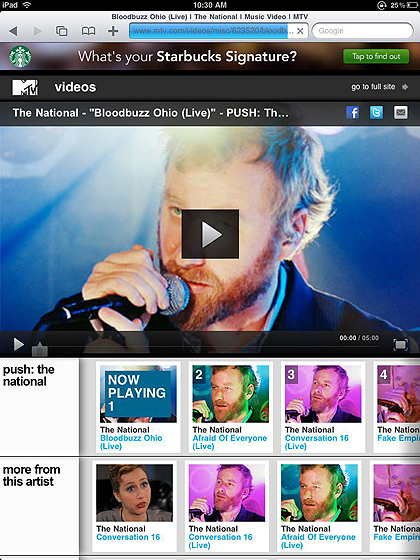 Banner can be seen on top of the page, expanding on click 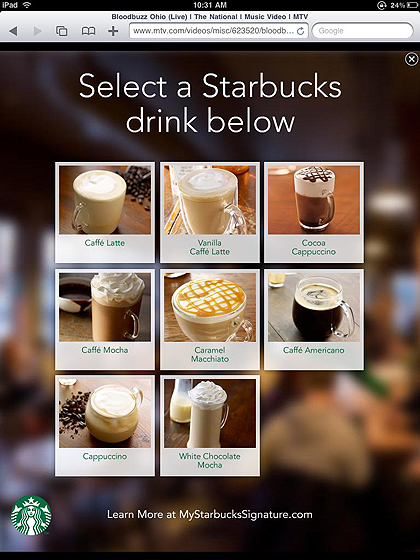 How better than that can you track what high-value iPad users product prefer? 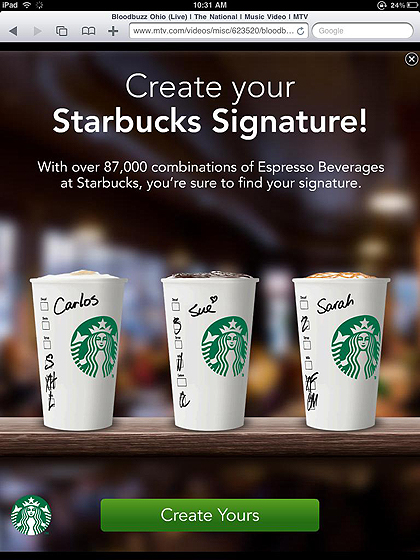 Even if they misspell your name, waiter signature is a brand specific: perfect to play with! 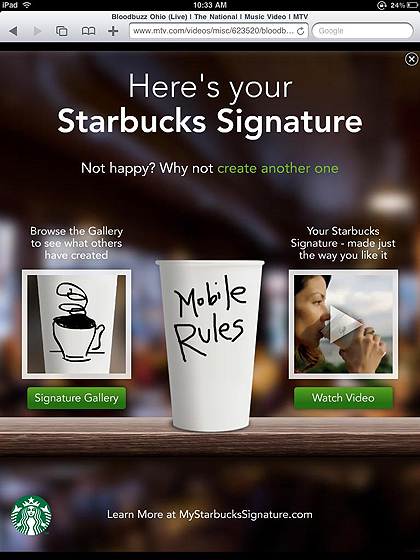 For the technical part, geeks would like to know mystarbuckssignature.com is powered by latest JQueryMobile, which, let’s face it, is still a bit buggy… some other frameworks like iUI, Sencha, JQTouch or some MooTools mobile plugins would have done a better job. Celtra Inc. helped to power the campaign.

It’s a long 95 pages presentation but it’s so full of interesting metrics, ideas, examples, … that you should really go grab a coffee and spend the next 10 min watching this! (thx Olivier Coulon for the link)

Find out WHO is spending time in the mobile internet and HOW different user groups are using the mobile online services – in one of the most comprehensive ways ever available.

For the representative quantitative online survey, 1,717 Internet users between the ages of 16 and 70 years old from Germany and the UK were interviewed in late 2010.

A comprehensive study in which 4 different mobile web user types were developed – not based on things like “Apple vs. Android vs. Blackberry”, “smartphone vs. feature phone”, “app vs. web” etc. but on different mobile internet usage.

50% of users are using mobile web one or two times a day, with most of them having feature phones, high-range/pricy devices are more or less only 25%. Yes, main market is still proprietary OSs + Symbian (and let’s say Blackberry). Good news anyway: most of them have a fixed dataplan in their contracts, so perhaps Nokia to use WindowsPhone7, which is announced to get IE9 soon, will help mobile web a lot. Yes, Microsoft (via Nokia) to help mobile web, who had bet that?!